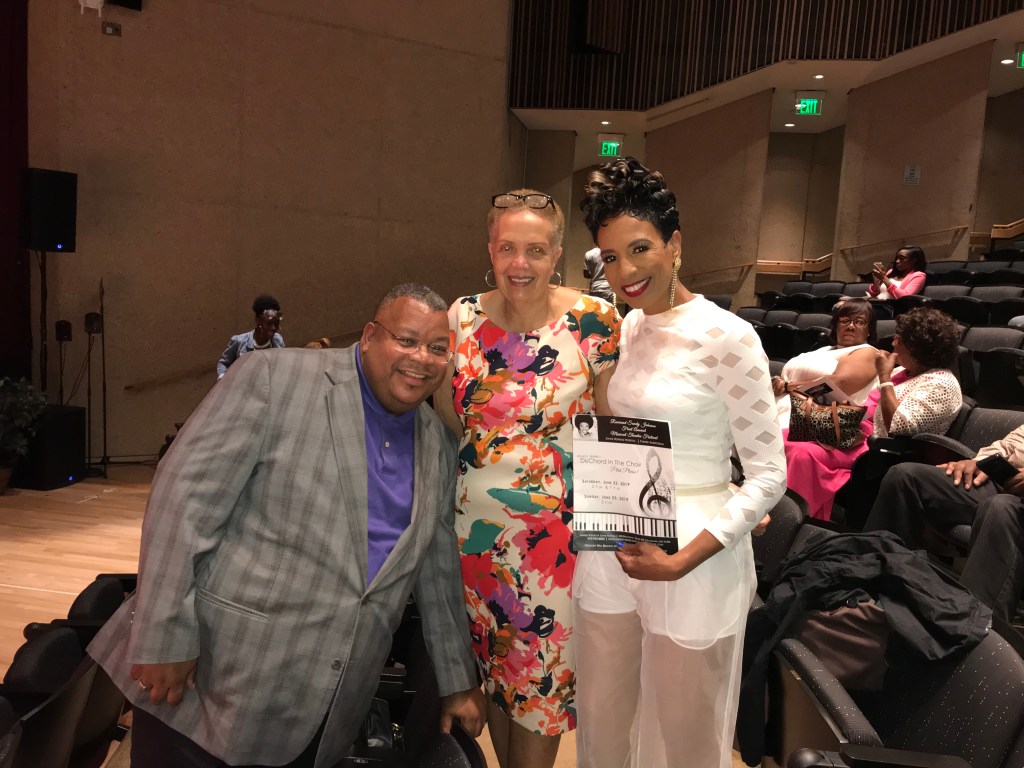 From Baltimore playwright, journalist, and entrepreneur Ursula V. Battle (pictured right) comes her first book, Serenity House: From Addiction to Deliverance. Based on her highly-acclaimed stage play of the same name, the Novel will make its debut at her production, being performed Aug. 27-29, 2021 at the Huber Community Life Center, 5700 Loch Raven Blvd. Battle is pictured with show director Dr. Gregory Wm. Branch, who penned the Novel’s Foreword and Baltimore Times Publisher Joy Bramble. Battle has two book signings coming up, and will also be among the entrepreneurs participating in the 1st Annual Times Community Services Baltimore Maker Marketplace in September. Courtesy Photo

A novel five years in the making, “Serenity House: From Addiction to Deliverance,” written by Baltimore playwright, journalist, and entrepreneur Ursula V. Battle, will hit Amazon this month, and will soon be available digitally and in bookstores.

Based on Battle’s highly acclaimed stage play of the same name, the book will make its debut at upcoming performances of the theatrical production, August 27 through August 29, 2021 at the Huber Community Life Center, 5700 Loch Raven Blvd. in Baltimore.

“The book allowed me to delve deeper into issues covered in the stage play, and I wanted to have a way in which people could be encouraged on a global level,” Battle insisted. “The book has given me the opportunity to do that.”

A graduate of Walbrook High School and the Broadcasting Institute of Maryland, Battle has earned numerous awards for her work. Penning award-winning newspaper articles and top-flight plays appear easy, but Battle said writing the book posed other challenges.

“It’s a lot different than journalistic writing and stage playwriting,” Battle remarked. “I had to learn. I tapped into the professionalism of individuals such as Stacy Brown and other noted authors like Stella Adams and Odessa Rose, and I picked their brains in terms of the whole story writing process as it pertains to books.

“I went back to school to educate myself on a lot of unfamiliar things. I did a lot of research, talked to authors and editors, took their experience, and applied it to writing the book. I also tapped into my experience as storyteller journalistically and as a playwright. It was a lot of time and painstaking hard work. It was a journey.”

As noted in a news release, the story’s backdrop is Baltimore’s fictitious United Victory Church. “Serenity House” is centered around Melvina A. Thomas, a young songstress with a powerful voice who grew up in the church singing gospel.

Melvina’s story is juxtaposed with Audrey Jackson, affectionately called Mama Jackson, the House Mother of Serenity House— a transitional home opened by United in Victory to help men and women recover from addiction by offering them safe housing, counseling, prayer, and other means of intervention.

Mama Jackson runs Serenity House with Claire C. Voyant, a spiritually gifted, eclectic blind social worker with an epic tale of her own.

“Their lives all intersecting through Serenity House, this is their remarkable journey of love and loss, pain and pride, rags and riches, and trial and triumph amidst the most extraordinary of circumstances,” the news release notes.

This multi-faceted drama exposes the insidious nature of addiction through them, along with a montage of many other intriguing, unforgettable characters and light-hearted humor, while traveling through the yesteryear of Baltimore and other parts of Maryland, simultaneously uncovering the shocking truth behind an elaborate and scandalous set-up.

“I believe this book will be life-changing for those who read it,” said Battle, who referenced the Bible passage, John 8:32, as the novel’s foundation.

“That scripture says, ‘you will know the truth, and the truth will set you free,’” Battle recounted. “The book is all about that scripture. It really encourages people and lets them know that, no matter what a situation looks like, God can turn that situation around.”

To kick off the novel’s debut, Battle will host two pre-launch book signings.

The first book signing is scheduled for Saturday, August 21, 2021 at 4 p.m. in the Atrium of the Greenspring Shopping Center at 2831 Smith Avenue in Mt. Washington. The second is scheduled at 3 p.m. on Sunday, August 22, 2021 at Coppin State University’s Cab Calloway Room of the Parlette Longworth Moore Library.

With COVID-19 precautions in mind, both events require guests to RSVP for admission.

The Patapsco River Maryland Chapter of the Links Women In the Arts 2021: “Valiant Women of Freedom” and a “Leah’s Book Club” honoree, Battle promises that “Serenity House” consists of two-parts that will leave readers anxiously awaiting its sequel. She recited the Bible passage in which she bases the book, noting the importance of faith.

“God can turn a situation around and do it in a way that’s mind-blowing,” Battle exclaimed. “You don’t know how or when, but He does it in a miraculous way that supersedes anything we could have ever achieved on our own.”

“Serenity House: From Addiction to Deliverance” retails for $29.95 and will also be sold on Amazon.

To purchase a copy of the book, RSVP for one of the scheduled book signings, or for more information, call or text 443-531-4787 or send an email to [email protected] 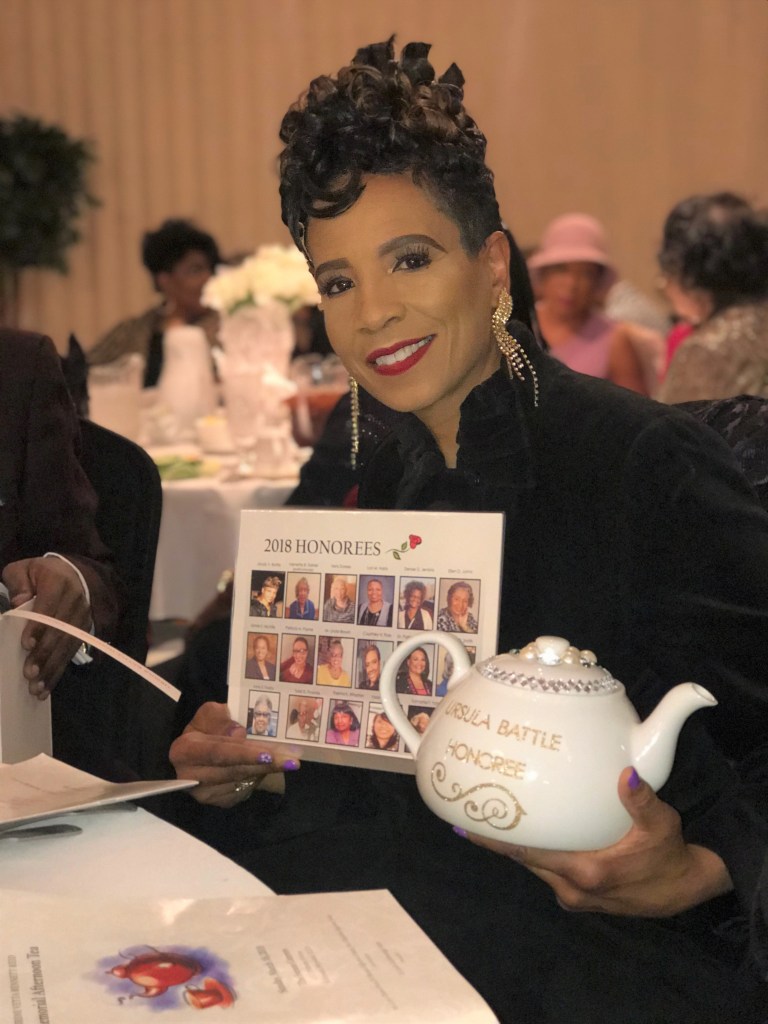