Pastor Jesse E. Young of Silas First Baptist Church in Severna Park says it is part of his ministry to tend to the less fortunate in the community. Courtesy Photo

During this past Easter holiday weekend, the Reverend Jesse Eugene Young of Silas First Baptist Church in Severna Park went to extreme measures to ensure that less fortunate members of the Baltimore area community received fish and chicken dinners. In fact on Good Friday, April 2, 2021, Pastor Young purchased 100 meal tickets at $10 a piece, from a food project sponsored by St. Mark United Methodist Church in Hanover.

Pastor Young says it is part of his ministry to tend to the less fortunate, especially senior citizens, many of whom don’t have access to transportation to the Anne Arundel County-based church.

“I purchased the 100 tickets and gave the food away to senior citizens and to the homeless,” said Pastor Young, a lifelong Baltimore resident who has pastored at Silas First Baptist for 32 years.

“Most of my deliveries occurred on Good Friday,” he said. “When I first approached the recipients, many of them thought I was going to ask them for a donation. They were pleasantly surprised when they found out I had already paid for the meal.”

The minister said he used his own personal transportation to distribute the meals.

“I enjoyed giving these people a chance to enjoy a good meal on Good Friday,” he said. “The $1,000 donation was a display of benevolence.” Reverend Young added that he was thankful to be in a position to help others from his particular platform.

“I’ve done this before— and it’s not for show, or to be in the limelight, he said. “They were just happy to know someone was thinking about them.”

The fish and chicken dinners consisted of two side dishes and a salad and were prepared by the congregation at St. Mark United Methodist Church, under the leadership of the Reverend Herbert W. Watson Jr. Brother George Martin of the church’s Men’s Ministry administered the dinner drive. Brother Martin is a former offensive lineman at Winston-Salem State University, Winston-Salem, North Carolina.

A native of Northwest Baltimore, Reverend Young says his congregation moved into the current sanctuary in 1997. The original structure was founded May 31, 1904 – 117 years ago. Two years ago, Rev. Young became the first African-American to have a street named after him in Anne Arundel County, to commemorate his 30th year as a pastor. West Earleigh Road is now renamed Rev. Jesse E. Young Way.

As a grandfather of four and husband to Gwendolyn Orellia Lewis Young, Reverend Young is no stranger to new technology. When COVID-19 took over last year, he was determined not to deny his congregation access to his ministry. In the process of earning the title of “Facebook King,” Reverend Young says he “used every avenue possible to spread the gospel.”

He purchased a Mevo Camera, and began live-streaming his services via Facebook Messenger. He also produces services that appear on Anne Arundel County and Howard County public access channels. Even at the tender age of 64, Reverend Young says he is not intimidated by continuing to be trained in new technology.

“I’ve even trained other churches on how this all works,” he said.

On another subject, he feels the pandemic could spell the end of the mega church.

“Twenty-thousand members? I don’t think we’ll see that again. Not when people are becoming more accustomed to virtual settings, at home. Perhaps, we’ll get back there, but it’ll be a long while. Hopefully, some day,” he said. 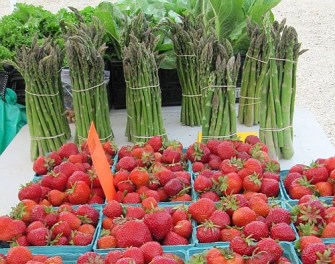