Happy Father’s Day to all the Daddies! The Short Kuts Show for Juneteenth Show at the Lewis Museum. Experience stories of liberation from the storytellers; Dr. Karsonya Wise Whitehead, Tsaonsda Edwards, Dionne Joyner-Weems, Dr. Lashay Harvey and Winifred Winston. The show explores the themes of liberation, ranging from the joys of freedom to the perils people faced in the aftermath, whether they were refugees, survivors of domestic violence, discrimination, assault, or in a strange land. The show is June 19, 4 p.m.-5:30 p.m. at the Reginald Lewis Museum. (Courtesy photo).

Hello everyone! “Happy Dad Day to all our Daddies! I am hoping the opening of our city and counties makes you happy. But please be careful about being around folks who have not been vaccinated and pay attention to signs displayed at indoor venues requesting that you wear a mask.

My longtime friend and entertainer, Judge “Judd” Watkins, passed away on Memorial Day— May 31, 2021. He was 85 years old. He was a great baritone vocalist and deserved much more recognition than he received. He started out in the late 1960s on Baltimore’s music scene as a participant in the quartet with guitarist O’Donel Levy, drummer Chester Thompson and organist Charles Covington. In the early 70s he appeared with Webster Lewis when they recorded some live tracks in Oslo.

Some of these recordings were released on the Webster Lewis Album called “Live in Norway The Club 7 Live Tapes.” In 1973, he sang and played percussion for the O’Donel Levy album entitled, “Everything I do gonna be Funky.” His funeral arrangements: Viewing at Wylie’s Funeral Home in Randallstown on Thursday, June 24, 2021 from 5 p.m. to 8 p.m. Service on Friday at Wylie’s from 12 noon until 1 p.m. May he rest in peace. He will be truly missed.

There are several Juneteenth Celebrations this month, one is a “Pop-Up Event,” which will be held at the Ambassador Theater located 4604 Liberty Heights Avenue on Saturday, June 19, 2021 from 1 p.m. to 3 p.m. Enjoy traditional African drumming and music by DJ Huxtable from various musical eras to recognize and celebrate African American Music Month and the Juneteenth Holiday.

Annapolis Juneteenth Celebration with Chuck Brown Band on June 18 and June 19 at the MC3 Maryland Cultural & Conference Center, 3 Park Place, Suite 4. On June18 there will be a reception, the Cost Band and Art Sherrod. A parade at the City Dock will be followed by a festival at Bates Athletic Complex, 935 Spa Road on June 19.

Well, my dear friends, it all sounds like a fun week. I am so excited that venues have started to open up, but in most places you still must wear your mask. I will catch up with you somewhere, just look for me.

UNTIL THE NEXT TIME, I’M MUSICALLY YOURS.

Ladies and gentlemen they are back! Terry Battle “The Sidestreet Duo. Yes, Jeff Wilson on piano and Terry Battle on bass will be back at the “Cured 18th & 21st” located 1098 Grantchester Way, Columbia, Md. on Sunday. (Courtesy photo). Sandra Ash, an accomplish vocalist will be performing at the BWI Hilton at 1739 W. Nursery Road on Friday, June 18 at 8 p.m. for music, drinks and dancing. For more information, call. Courtesy photo

Judge “Judd” Watkins, a very popular baritone singer from Baltimore passed away on Memorial Day; May 31, 2021. “Judd” as he was affectionately known started his singing in the late 1960’s in the Baltimore Music scene. Funeral arrangement for him is at Wylie’s in Randallstown, Maryland. The viewing is Thursday, June 24, from 5-8 p.m. and the Services is also at Wylie’s from 12 noon to 1 p.m. (Courtesy photo) 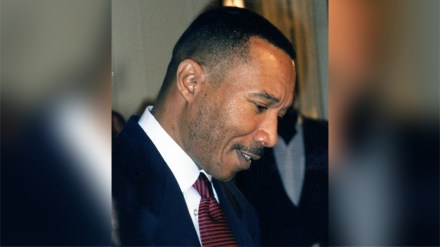 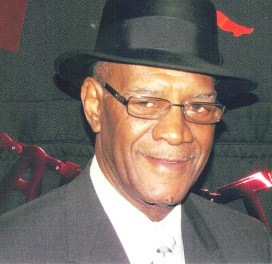