Desperation and despair in Haiti as relief efforts stall 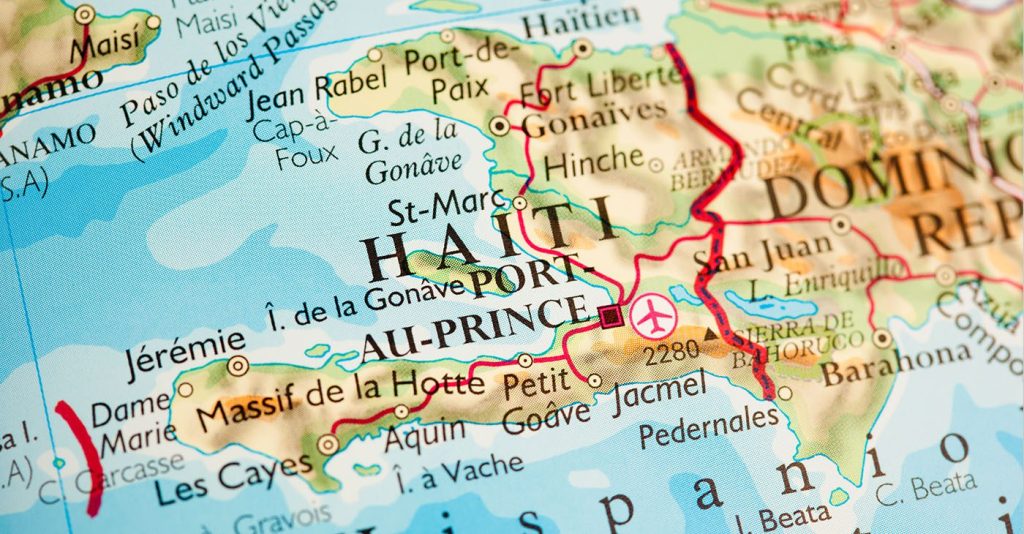 Multi-story buildings immediately collapsed while rescuers pulled many survivors from under heaps of rubble in the country’s southern peninsula. Photo Credit: iStockphoto/NNPA

Desperation has accompanied despair in Haiti following the deadly earthquake that claimed more than 2,100 lives and a tropical storm that further decimated the island nation.

Relief remains scarce, and residents reportedly have grown so impatient that they attacked supply vans and a caravan carrying former president Michel Martelly, who visited a hospital in Les Cayes offering supplies.

The United Nations estimated that 40 percent of Haiti’s 12 million residents need emergency aid, but flash flooding and landslides have many relief workers fearing illness and disease. Wes Comfort, a recovery and response lead at Heart to Heart International, told Time Magazine that his medical team chose to sleep on their car hoods to protect themselves.

“Everyone is very wary of sleeping indoors,” Comfort declared. “We camped out and listened to the aftershock rattle the tin roof of the mayor’s office.”

Weather officials said large parts of Haiti experienced as much as 15 inches of rain, leading to flooding and deadly mudslides. Multi-story buildings immediately collapsed while rescuers pulled many survivors from under heaps of rubble in the country’s southern peninsula.

“In what is already a challenging time for the people of Haiti, I am saddened by the devastating earthquake that occurred in Saint-Louis du Sud, Haiti,” President Joe Biden said in a statement.

“We send our deepest condolences to all those who lost a loved one or saw their homes and businesses destroyed. I have authorized an immediate U.S. response and named USAID Administrator Samantha Power as the senior U.S. official to coordinate this effort.”

Through USAID, President Biden said America supports efforts to assess the damage and assist efforts to recover those injured and those who must now rebuild. Haiti has suffered near-unprecedented damage from previous earthquakes, hurricanes, and other natural disasters in recent years.

Earlier this summer, Haitian President Jovenel Moïse was assassinated in his home. The president’s murder touched off a wild manhunt for his assassins and threw the country into political chaos.

Many in the nation suffer from poverty, and reportedly gang violence is rampant.

The earthquake struck near the town of Petit Trou de Nippes, which isn’t far from the nation’s capital, Port-au-Prince. The cities of Les Cayes and Jeremie bore the brunt of the quake’s fury. Scientists reportedly noted that the quake possessed a seven-mile depth and residents 200 miles away in Jamaica felt the trembles.

The 7.2-magnitude topped the devastating 2010 quake in Haiti that measured 7.0. Getting aid to Haiti is paramount.

World Central Kitchen in Northwest, D.C., plans to distribute 30,000 meals per day in the earthquake and storm-ravaged nation.

“With an increasing number of climate disasters, we’re going to continue to work hard and do everything that we can to support,” said Nate Mook, the CEO of World Central Kitchen. Mook noted that JetBlue had provided an airplane to the nonprofit for the mission.

The Red Cross also responded. The international organization has provided first aid and shelter and assistance with search and rescue operations.

“Preventing and controlling the transmission of COVID-19 and guaranteeing access to water, hygiene and sanitation are essential for volunteers on the ground,” Red Cross officials said in a statement.

Officials activated a humanitarian corridor in the Dominican Republic and collected prepositioned non-food items (NFIs) for at least 4,500 people, the Red Cross stated.

“The United States remains a close and enduring friend to the people of Haiti, and we will be there in the aftermath this tragedy,” President Biden declared.