AOC and The Squad Can Teach the Congressional Black Caucus a Lesson or Two! 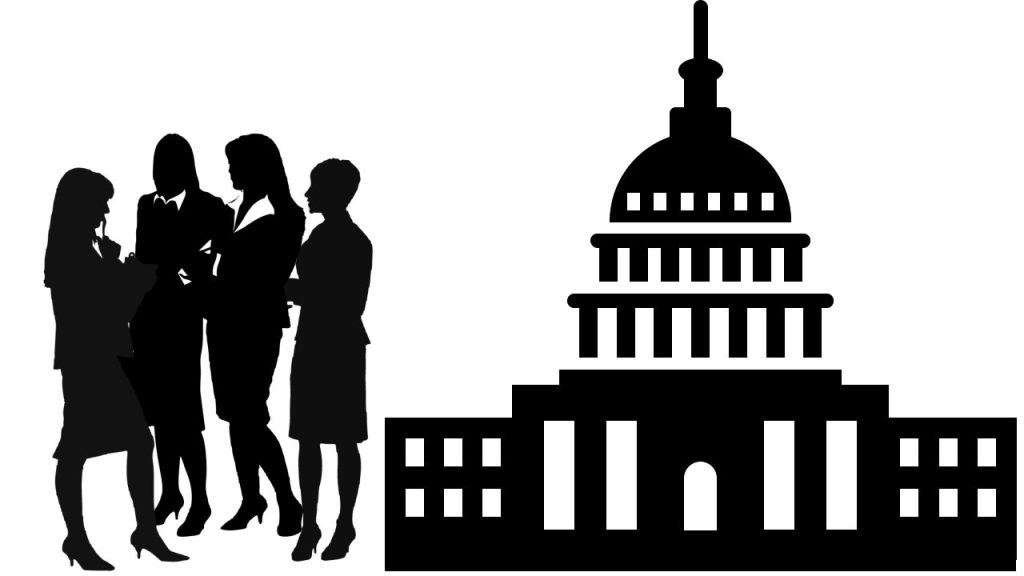 There is a small group of Congresswomen: Alexandria Ocasio-Cortez (D-NY, District 14), Ilhan Omar (D-MN, District 5), Ayanna Pressley (D-MA, District 7), Rashida Talib (D-MI, District 13) and Cori Bush (DMO, District 1), known charmingly as “The Squad” who are perhaps the most powerful coalition of power in the current Congress of the United States of America. Amazingly, most of them have been recently elected to Congress. At least two of them are refugees, recent immigrants to the USA. They are all women. They seem to know what they and their constituents want and they effectively work to make sure they get it.

These ladies of The Squad have become so powerful. Although there are just five of them out of 435 Congress persons, they can fashion legislation, hold up legislation and even sink legislation that they believe is contrary or not beneficial to their interests. What great power, for good or evil, these five congresswomen, with little legislative experience in terms of years in service, wield!

Currently, the great and powerful Squad is holding up two major pieces of legislation in Congress. They are demanding that both pieces of legislation, which could cost us more than $5 trillion be yoked together. If not, with their five votes in a Congress so closely divided, that as few as four votes can topple any legislation. They are the reigning queens.

This article is not mainly about the essence of the particular legislation being held up by these five ladies. Later in the column, I will point out some items which I believe are detrimental to the Black and poor communities of America. But that is for later. Now, I want to contrast these five ladies’ use of power to how the Congressional Black Caucus fails to use its numbers which are over ten times greater than the Squad’s numbers and where their accumulated years in Congress dwarf those of the Squad.

There are 55 black voting members of Congress and two non-voting Black delegates with rights to speak but not vote. Note the contrast— 55 plus two versus the five members of the Squad! Which group is more influential right now in terms of wielding power and bringing results targeted to their communities and the interests of their constituents? The Congressional Black Caucus is an embarrassment to Black folks in America when you compare what they do for their communities with what the Squad can do with five members!

Why would I say that? When Parren J. Mitchell was in Congress some decades ago, with fewer Blacks to support his efforts, laws like the 10 percent set-a-sides in government contracts were passed and enforced. Those men worked across political parties to bring home the bacon. [Note: Google Arthur Fletcher, father of affirmative action—Revised Philadelphia Plan]. Parren, then a member of St Katherine of Alexandria Episcopal Church where I served as the Rector and Pastor for 21 years, told me that Richard Nixon helped them to get significant bills through Congress and to his desk.

Are the current Black members of Congress doing anything specifically to help the Black community? They use talking points like “build back better;” they are big on “climate change” and electric vehicles; and they certainly talk a lot about racism. But I know of little effort to do what other Congress people do so well as they work to improve their communities.

Nancy Pelosi, for example, had a $200 million set-a-side in the Build Back Better bill for a park in her home city. I believe she was shamed into removing that request. What specific benefit to the impoverished Black communities of America is the 57-member Black Caucus pushing? Are they funding reparations? In bills totaling $6 trillion they could surely, like the Squad, tell Pelosi that nothing is going forward without such priorities.

Even lesser projects like carve-outs for The Great Blacks in Wax Museum of Baltimore and other like significant projects across the country get no earmarks from these 55 members. They simply, like sheep, follow what the leadership tells them to support, and we do not hear a peep out of their mouths about pushing specific programs that can benefit the deteriorating communities they represent.

Is it not a shame that most of the crime comes from cities with Black members of Congress representing them? James Clyburn of South Carolina, certainly a black and powerful congressman who some say got President Joe Biden elected, should be able to push projects and programs in the Black communities the members represent, programs that can rapidly change the trajectory in those communities. Instead, they are supporting bills that will definitely hurt poor Blacks in their pockets.

Doubt me? Take the following initiatives included in the bills: a) a tax on natural gas! This will blow the heating bills of the poorest people in America who live in homes that are not well insulated; b) a trial on taxing the mileage we drive; c) pushing electric cars which are very expensive when poor folks mostly buy secondhand vehicles; and d) setting the IRS on all of us to track any dollar we spend in excess of $600.00.

That one in particular pains, because it is certainly not directed to the “rich” as they pretend. That one is directed to “Jane and Joe Q Public.” See, there is already a statute that forces banks to report all expenditures of $10,000.00 or more. That one could be about the rich guys, but this $600.00 reporting mandate is certainly intended to capture poor people and the Congressional Black Caucus is happily supporting this in the bill.

So, as the Squad schools and tutors the Congressional Black Caucus in wielding political power, we will be watching to see if they learn their lesson. With 55 voting members, not one damn thing could happen in Congress if Blacks used their power.

Stop talking down to Black people with descriptions such as “descendants of slaves” through Critical Race Theory and remind them that we had a Black president, now a Black vice president and enough power in Congress to change the world by voting with Republicans or Democrats who need your vote, so long as they include your priorities. The Blue Line will be watching! Things must change concretely after all these years and the Squad has certainly shown us the way forward. Comments? Please send emails to [email protected] (Re: Blueline)

Ravens look to put slow starts behind them

Ravens look to put slow starts behind them

Bell Nursery offers tips for caring for your Poinsettias