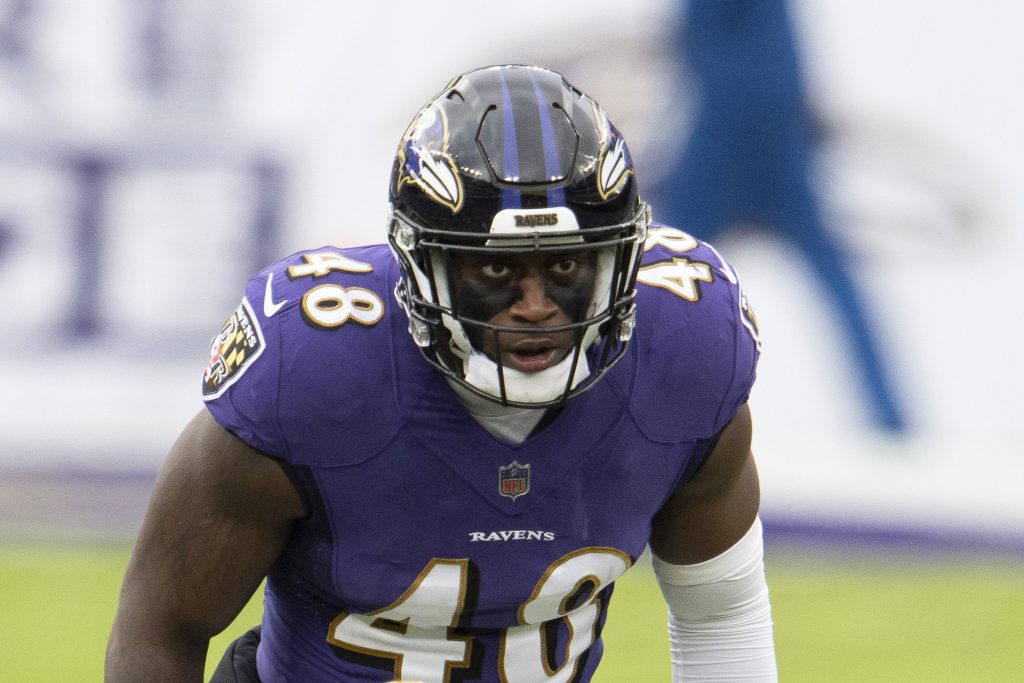 As linebacker, Patrick Queen enters his second season with the Baltimore Ravens, he feels like he is settling in with the defense. Queen was selected by the Ravens with the number 28 overall pick in the 2020 NFL Draft. Photo Credit: BaltimoreRavens.com

​The Baltimore Ravens have a history of outstanding inside linebackers dating back to Ray Lewis. Once the team lost C.J. Mosley to free agency, they struggled to find their next candidate.

Enter 2020 with No. 28 overall pick Patrick Queen out of Louisiana State University (LSU). Queen’s rookie season was highlighted by a 53-yard touchdown on a fumble recovery against the Cincinnati Bengals. He was able to register a strip sack on college teammate Joe Burrow before picking the ball up and running for the score. Queen added 102 tackles, three sacks and an interception.

As he enters his second season, Queen feels like he is settling in with the defense.

The defense is a tough one to learn, but once to get it— it clicks, according to Queen. Not having OTAs and minicamp last season due to COVID-19 protocols made Queen’s ability to quickly grasp the defense a little rough. However, he emerged as one of the starters on defense anyway.

“He’s such a smart guy. People know he’s physical and he’s athletic, but you don’t realize how smart he is. He’s a big thinker, he loves this team, he’s going to be a terrific leader for this team [and] he’s going to be fantastic this year, I know that,” inside linebackers’ coach, Rob Ryan said.

A big part of that is coverage. For Queen that involves matching up against tight ends and running backs. That was an area that Queen needed to sharpen up after his rookie year. It’s also an area where Queen has actually gotten better.

“I thought he had a really good day today in coverage,” Harbaugh said. “You could see the things that sometimes people talk about as far as the experience in coverage— he had an excellent day. [Inside linebackers’ coach] Rob Ryan is doing a great job.  He’s [Patrick Queen] doing a great job. It was a nice day for him in coverage there today.”

The arrow is pointing up for Queen now that he has a full season of training camp and is entering his second one.