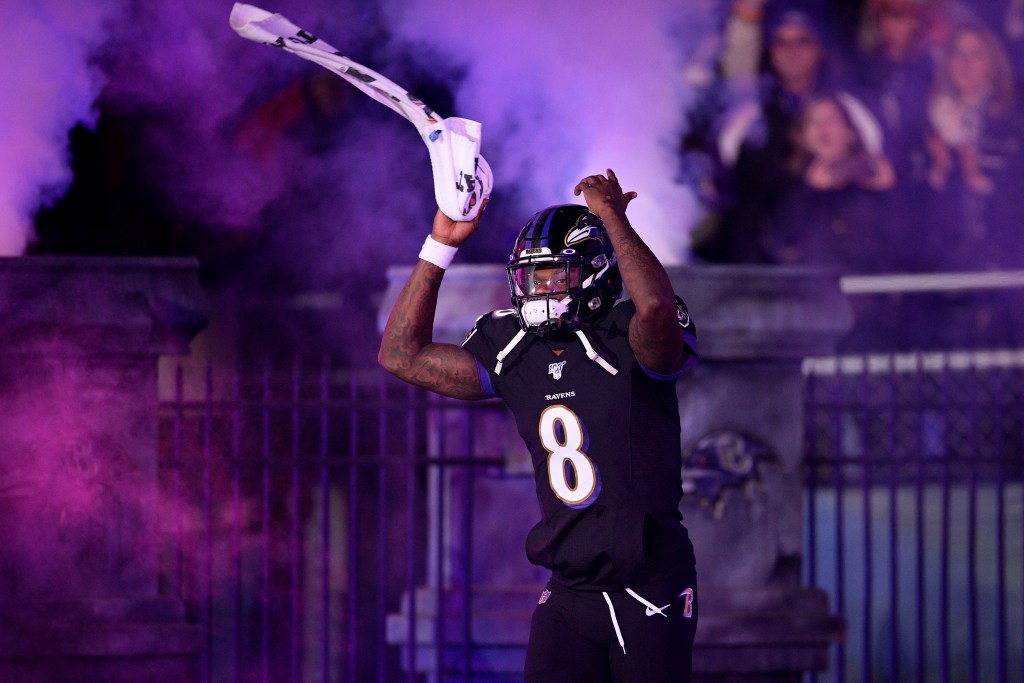 Baltimore Ravens quarterback Lamar Jackson was noncommittal when asked about getting the COVID-19 vaccine, despite testing positive twice in the last eight months. Jackson says he is going to talk to team doctors about the vaccine as he works to get more information. Photo Credit: BaltimoreRavens.com

The start of training camp didn’t go according to plan for the Baltimore Ravens and star quarterback Lamar Jackson. Jackson was placed on the Reserve/COVID list for the second time in eight months.

“It was crazy. I was heartbroken, because I wasn’t looking forward to that at all. Right before camp, it was like—not again. Not right now. But it’s over with. It’s over with. “ Jackson said.

Despite testing positive twice in the last eight months, Jackson was noncommittal when asked about getting the vaccine.

“I feel it’s a personal decision. I’m just going to worry about that with my family. I’m going to keep my feelings to my family and myself. I’m focused on getting better right now. I can’t dwell on that right now— how everybody else feels. I’m just trying to get back into a great routine,” Jackson said.

Jackson says he is going to talk to team doctors about this vaccine as he works to get more information. Fortunately, his second with COVID didn’t bring excessive harm. Jackson said the second time was definitely not a bad as the first. He felt some fatigue and lost his sense of smell.

This time around, he found himself sleeping a lot. That’s still the case for him.

In the meantime he has a group of younger receivers to get used to connecting with. He also has to get himself ready for the rest of the season since he started later in camp.

Jackson also has the addition of Sammy Watkins to the team. He is extremely excited to work with a veteran like Watkins.

“Sammy [Watkins] makes my job a lot easier, and my job is to make his a lot easier. Even when we’re doing scramble drills and stuff like that, he’s fighting off defenders, getting open. I missed him in the end zone— a little back shoulder,” Jackson said.

“He was right there. I’m mad I missed him. I’m still mad right now, even though it’s practice. Practice makes perfect, so I’m trying to do whatever I can to make his job a lot easier. But he’s, like I said—making my job a lot easier, and I love working with him. I’m glad he’s here.”

Getting back to full condition will take some time for Jackson.