Ravens James Proche feels his hard work will pay off 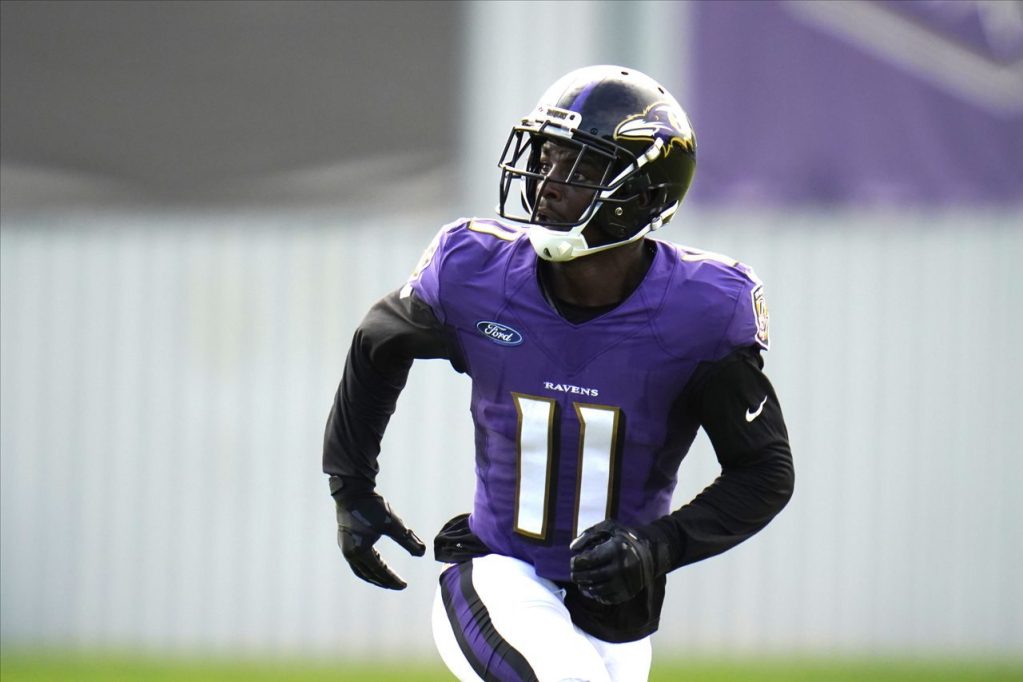 Baltimore Ravens wide receiver James Proche is entering his second season in the NFL this year. He worked extremely hard in the offseason to ensure he has a better year in the upcoming NFL season. Photo Credit: AP

Baltimore Ravens wide receiver James Proche is entering his second season in the NFL with the mindset that his hard work will payoff. After hauling in only one pass for 14 yards last season, Proche grinded during the offseason to ensure that he doesn’t repeat his disappointing performance in 2021.

Proche says he gets his work ethic from his idol Kobe Bryant. Adopting the Mamba Mentality has helped him fall in love with the process that allows him to be his best self.

So far the coaching staff has been very hands on working with the players. Offensive coordinator Greg Roman is excited by what he saw on the field.

“So, he’s just doing a really good job— showing up every day, making plays, knowing what he’s supposed to do and just performing very well. There are always things to work on, but so far, he’s really made a statement,” said Roman.

Proche is also benefitting from the tutelage he gets from new wide receiver coach Tee Martin, and pass game coordinator Keith Williams. Proche will face stiff competition from the reinforcements the team made during the offseason.

There is little surprise that camp is going well for Proche. He continues to be a player that can be an extra weapon for the offense. All of which is what Proche is expected to do anyway.

“It’s just a byproduct of the work I put it,” Proche said. “God gave me a vision, and I’m just trying to execute it, day by day. Yesterday is gone, tomorrow doesn’t exist, so I’m just trying to focus on today— every day, take that ‘one percent better each day,’ mindset and just keep it moving. I’m just doing my job.”