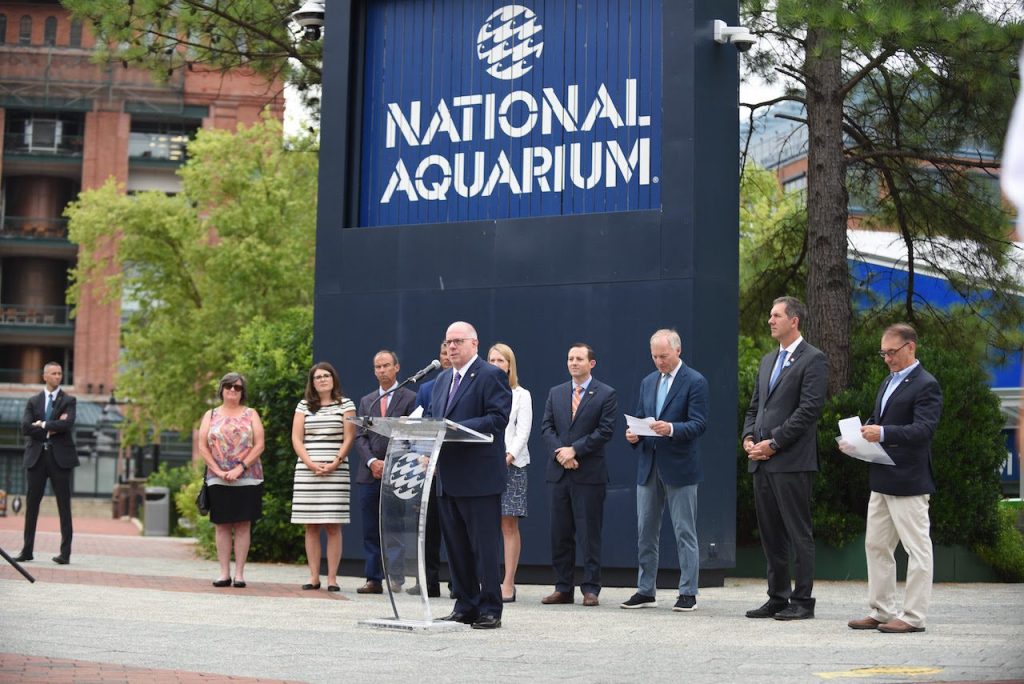 Governor Larry Hogan attended the 40th anniversary celebrations for the National Aquarium in Baltimore on Tuesday, August 3, 2021. Courtesy Photo/Office of the Governor

“Since 1981, the National Aquarium has been not only an amazing tourist destination and educational resource, but also a major economic anchor for Baltimore City,” said Governor Hogan.

“Our administration has been proud to strongly support the aquarium’s continued success over the years, and I want to congratulate everyone who has played a role in reaching this important milestone.”

The National Aquarium generates $455 million in economic activity each year, supports 4,500 jobs in Maryland— including 350 jobs at the aquarium— and draws more than 1.5 million visitors annually to the Inner Harbor.

Since 2015, the Hogan administration has provided $14 million to the National Aquarium, including recently funding the complete replacement of the glass pyramid above the rainforest exhibit.

To help the aquarium weather the challenges of COVID-19, the administration also provided $550,000 in pandemic relief and enabled the development of new virtual education opportunities that reached 24,000 Maryland students.