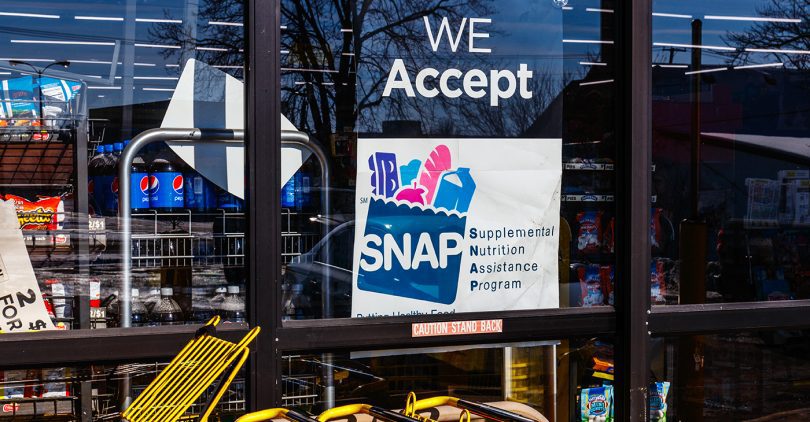 Seventeen percent of Black families in America still report not having enough food to eat— surpassing the 10 percent of all U.S. citizens with the same problem.

However, that dire circumstance could change starting in October when the Supplemental Nutrition Assistance Program receives its most significant increase in history.

The Biden-Harris administration has approved an average 25 percent increase in benefits that should allow families more resources to purchase food. It marks the first time the benefit— commonly known as SNAP—increased since the program began in 1975.

“Ensuring low-income families have access to a healthy diet helps prevent disease, supports children in the classroom, reduces health-care costs and more,” U.S. Agriculture Secretary Tom Vilsack said in a statement. “And the additional money families will spend on groceries helps grow the food economy, creating thousands of new jobs along the way.”

A U.S. Department of Agriculture study revealed that 88 percent of SNAP recipients struggled to obtain a healthy diet. Officials say recipients would receive an average of $147, or $36 more per month than they previously received.

“Today is a day of great progress for struggling families across the nation, who will soon see a permanent and substantial increase to their monthly SNAP benefits for the first time ever,” noted House Speaker Nancy Pelosi (D- Calif.).

“Thanks to the Biden Administration strengthening this important lifeline, parents will be able to afford healthy food for their families, and children will not have to go to bed hungry.”

Government officials estimate that 80 percent of people who receive SNAP benefits work and have children, have disabilities, and are seniors on fixed incomes.

The Biden-Harris administration asserted that the increase is another tool in the fight against poverty, and it provides children with better food selections.

“This program was incredibly important for Americans,” Vilsack insisted. “The pandemic sort of shocked people from thinking, ‘I would never be involved in the SNAP program.”