Baltimore City Public School teacher Ruwaydah Amin heard the news about the gas explosion that happened Monday, August 10, 2020, along Labyrinth Road and Reisterstown Road near Brookhill Road in Northwest Baltimore. She knew she wanted to help. Amin found a way to provide that help through Minister Rodney Booth and his wife Carlene.

On the day of the deadly explosion, which killed two people, seriously injured seven others, and leveled three homes, the Booths set-up a collection and donation area on Applebee’s parking lot. The restaurant is located on Reisterstown Road.

“I came yesterday [Monday] with my son,” said Amin. “We came to bring water. I wanted to help, and stayed to volunteer. I was here for about seven hours yesterday and came right back here today [Tuesday]. I have been here since 9 a.m.”

She added, “I am helping the Booths with organization of the donations, and separating things so that its easier for people to get what they need. I love giving back. I also love seeing people coming in droves and bringing things. They are bringing whatever they can to give to people. It’s really amazing to see Baltimore come together.”

The items were distributed to individuals impacted by the explosion, which reportedly displaced approximately 250 people.

“All of the items were donated,” said Booth. “People from all over donated. Goodwill came and picked up the clothes we collected. There were so many clothes, they filled the tractor-trailer. We plan to be out here a few more days, and if we need to add on additional days, we will. We are still in the middle of a pandemic and people need things. We are here to help those in need.”

The devastating blast killed Morgan State University sophomore Joseph Graham. The university said in a statement on Tuesday, “It is with a heavy heart that we regretfully share the unfortunate news of the untimely passing of a valued member of our Morgan family. MSU student, Joseph Graham, a rising sophomore pursuing an electrical engineering degree from the Clarence M. Mitchell Jr. School of Engineering, was among the casualties of the widely reported gas explosion that took place in northwest Baltimore on Aug. 10.

“As a community, we mourn the tragic loss of life as a result of this calamitous event and offer our deepest sympathies to the Graham family. We ask that you keep them and their extended family and friends in prayer.”

At Baltimore Times press time, the identity of a woman who was also killed in the blast had not yet been released. The exact cause of the explosion is still unknown and is being investigated.

Booth said she was driving to a customer’s home minutes after the incident and could not get through the area.

“I saw how the firefighters were running around and felt they needed some water,” she recalled. “I contacted some markets to see if I could buy some skids of water. One of the companies donated a skid of water. Once we brought the water, others started bringing donations. We put it out on Facebook and other social media. It grew from there.”

“We are here to serve the people and do God’s will,” said Minister Booth. “God pricked the hearts of me and my wife. We talked about it. We publicized our collection and distribution efforts on Facebook and people started coming out. It shows Baltimore is a great city. People talk so negative about the city, but everyone pulled together.  Jews, Chinese, Puerto Ricans, African Americans, Caucasians all came together to help these families.”

Minister Booth said hundreds have stopped by for the donations. Volunteers helped them carry water, toilet paper and other items.

“Our overall goal is to show the love of God,” he said. “We are just the hands of God. God is using us as instruments. We were able to reach the families that needed to be reached, and give to the families that needed to have. People are also praying. Praying is especially important. We are hoping to show the relationship of God with people. If we can show we have a relationship with God by using us, our overall goal is accomplished.”

Minister Booth looked around at all the items that encircled him.

“God said in His Word, I will supply all of your needs according to His riches and glory in Christ Jesus. He is providing for everybody’s needs. Hygiene items, toothpaste water – it’s all here. Everything you need is inside the House of the Lord. This is the Lord’s hands. If anybody wants to know what love and the Lord’s Hands look like, it’s right here. People all coming together as one to help humanity.”

People receiving water, toilet paper, and other items during the effort. 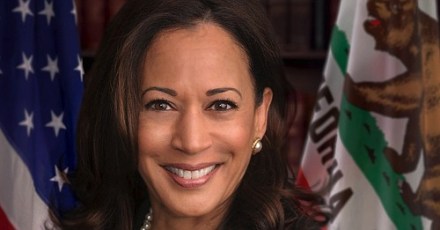